MTC Note: Over the years we’ve shared tales of epic adventure runs across the Bob Marshall Wilderness undertaken annually by groups of Missoula runners called “RATBOB” (run across the Bob Marshall Wilderness). “The Bob” is so big it spans from the mountains all the way to the prairie. Along the windswept Rocky Mountain Front an equally impressive adventure tradition is forming: RATBOB Prairie Faction. Here’s how  group of Montanans from the prairie took RATBOB inspiration and ran with it… through 56 miles of Wilderness!

Before we get started with this story of epic proportions, let me please send out some much needed shout outs. This trip would not have been possible without the expert knowledge of Kam Kidrick. Secondly, we would have failed before it even started if not for the forward thinking of Robin McGuire. Also, thank you to Josiah/Lisa Badger and Kristi Scott for having a warm fire, with much needed food and our tents setup when we finished.

The trip was loosely planned and ideas had been thrown around all summer. The final runners for the trip ended up being Kam Kidrick, Wade Stover and myself, Jake Babich. On Friday, 14 August, the plan was to camp at Silvertip Trailhead and make our way towards Benchmark starting the next morning. That plan was quickly diverted by Robin McGuire, who had stepped up last minute to drive us and see us off in the morning. Robin called ahead to the ranger station to see if Silver Tip Trailhead was open. It was closed due to fires in the area (Thank you Robin). We met at my house at 4:30 PM on Friday evening, the next 30 minutes were spent mulling over maps and guide books. Two options surfaced. Option 1 was to run from Holland Lake to Benchmark and make it an official RATBOB. Option 2 was to travel from Headquarters Pass to Benchmark, in order to see the Chinese Wall. We pondered our decision and chose option 2, even though it wasn’t RATBOB. The 56 mile trip was still a great endurance feat, and as a collective group we decided it still counted.

On our way up to the trail, we stopped at John Henry’s in Choteau for some much needed carb loading. We arrived at the trailhead around 8:00 PM. We setup camp at Headquarters Pass Trailhead after discussing the legality of camping at trailheads, we decided it might be illegal but we would take our chances. Thanks again to Robin’s preparation we drank a couple of beers and setup running packs for the next morning. That night a couple of small thunder storm cells had rolled through. It was quite amazing listening to the thunder roll along the mountain side.

The next morning, 15 August, we made final decisions on cold weather gear, packs and hiking poles. The trip was set. We took off at the trailhead and started our ascent up Headquarters Pass at 5:50 AM. As we climbed the sun started to peak from behind us, so we started to drop our top layers. As we peaked, the wind was howling. The view of the Rocky Mountain, the tallest peak in the Bob Marshall Wilderness, was amazing. We started our descent and picked up our pace towards Gates Park. Throughout the trip, Kam schooled Wade and I on his knowledge of the Bob Marshall. Kam told us that Gates Park was owned by a gentleman named Cates, who owned the area for logging. Over the years the name of the park was changed to Gates Park. Kam was our personnel tour guide throughout the trip. Sharing his knowledge and his childhood stories of his summers in the backcountry of the Bob.

After Gates Park, we enjoyed a quick snack and rest before we headed towards Rock Creek. On our way, we ran into and talked to three forest rangers. The conversation went like…

Rangers “Where are you headed”

Rangers “Where are your packs”

Kam “These are our packs”

Rangers “Where are you headed tonight”

Upon further conversation, it turns out that there were fires started overnight in the area from the thunderstorms and they had decided to shut down the trail. Since we planned to be out of the area within the day the rangers let us proceed.

Shortly after we came upon the Rock Creek Forest Service cabin. It was a rare sight, the rangers that we had seen earlier had wrapped the cabin in fire blankets (which gave the appearance of being wrapped in tin foil) and had gravity fed sprinklers protecting the cabin. This is was the spot of our second stop for some nutrition and much needed rest. We relaxed for 15 minutes and filled our packs with cold water from the creek. We enjoyed a couple of miles of flat before we started our way up Larch Hill Pass and Spotted Bear Pass. As we were three quarters of the way up Spotted Bear Pass we had spectacular views of Three Sisters and Red Head Peak. At the top of the pass we stopped at My Lake for lunch taking in the beautiful mountain lake views. Wade came in clutch, he surprised Kam and I with a spaghetti MRE–the meal charged our bellies and our minds.

After lunch, we knew that we were within in an hour of setting our eyes on the prize. As we turned the last corner we could see the face of the Chinese wall. It lifted everyone’s spirit. We knew it would slow us down but we decided to walk the majority of the seven miles that spanned the base of the wall. It is not a site you get to see every day and one you never forget. We had the whole wall to ourselves and not a single soul to be seen.

At the end of the Chinese Wall we stopped for quick rest and a change of socks. The long day was starting to take a toll, 30 miles into the trip blisters started to form and the legs were feeling the morning climbs. Lucky for us we were started to descend towards Indian Point. A mile into the descent we stopped at fast a flowing creek and re-filled our hydration packs. We were way behind our goal time of making to Benchmark by dark. As we reached Indian Point the sun started to set behind the mountains. We stopped and enjoyed our last 15 minute break. Thirteen miles to go and we were off. 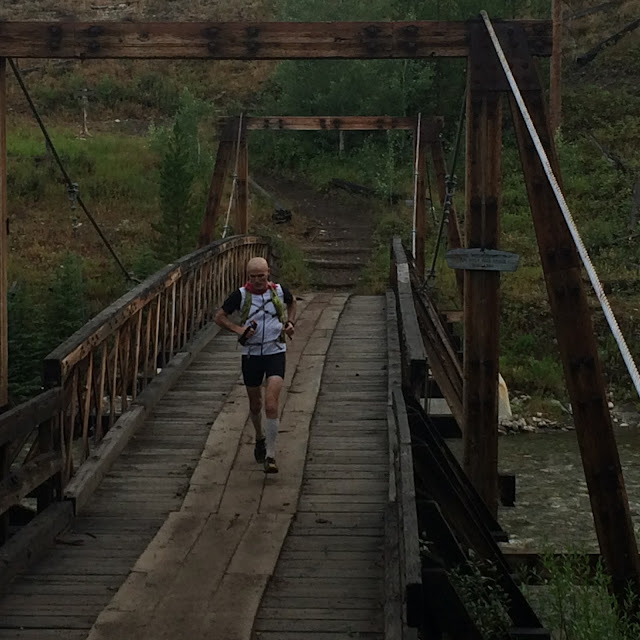 Kam had thought that there was no way that we would make it back to Benchmark after dark, he decided to leave his headlamp with Robin at the Headquarters Pass Trailhead. We had planned to meet Josiah Badger at Indian Point but figured we wouldn’t see him because of how far we were behind our planned timeline, and we didn’t. We proceeded onward towards the crossing of the South Fork of the Sun River. As we came upon the Pretty Prairie it was completely dark. Wade found a head lamp laying in the middle of the trail right in front of the Pretty Prairie trail marker. He gave it to Kam under the promise that he wouldn’t leave us behind. Kam laid eyes upon the headlamp and said, “I know that light. It belongs to the Badger’s (How Kam knows who owns what headlamp I will never know). With all of us with headlamps, we pressed on slowly with muscle and blister pain in full swing. 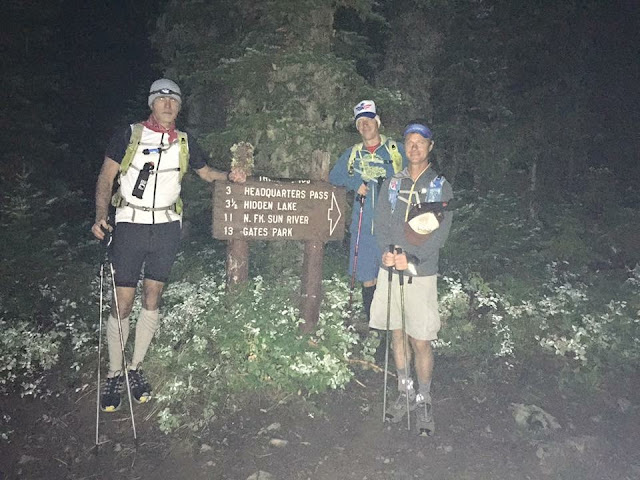 As we crossed over the final pack bridge going into Benchmark we gave each other high-fives and bro hugs. We attempted to run our last .01 mile up to Benchmark from the pack bridge. As we proceeded into the campground we were greeted with beer, food prepped and a roaring fire by Kristi and the Badgers. We discussed our day. Our trip was complete, ending fifteen minutes after mid-night, four hours after our goal time. That didn’t matter to us, we finished a 56 mile trip to the middle of the middle of the Bob Marshall and back completely unsupported. This is the single greatest feat/experience I have ever had. Also the headlamp found was dropped by the Badgers earlier that day during a hike. They were glad to have it back. 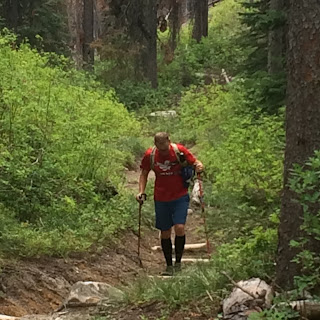 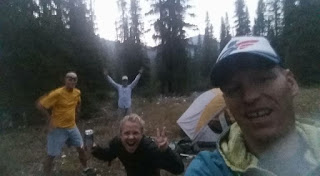 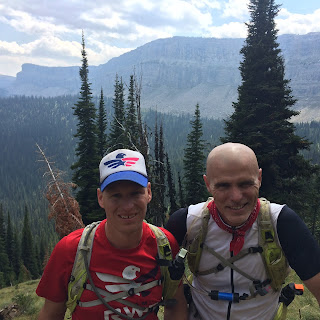