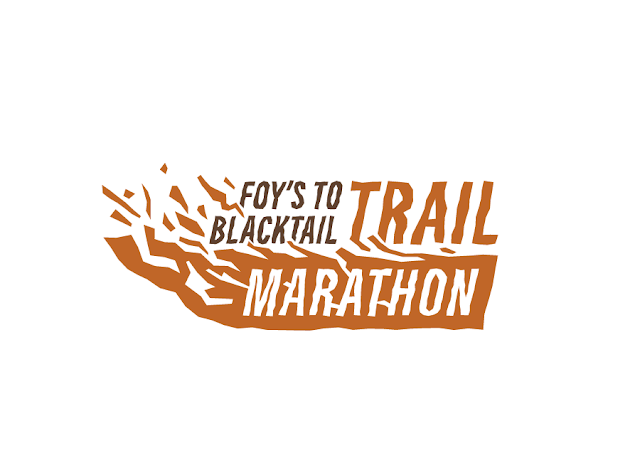 The Foy’s to Blacktail Trail Marathon planning team (Gabriel Dillon, Brian Miller, and Reed Miller) shared the following post to fill us in on this exciting new trail race happening in the mountains above Flathead Lake. The race takes place on brand new singletrack and all proceeds go directly to the non-profit trail-building organization that made access to these public lands possible. Here at MTC we’re happy to spread the word and hope that you can be among the lucky 50 runners who take part in this inaugural event.

-MTC
More than 15 years ago, the Foy’s to Blacktail Trails Organization (FTBT) began a mission to secure land access from Herron Park near Kalispell to Blacktail Mountain above Lakeside.

Trail 71A was constructed in 1932 to access a fire lookout at the top of Blacktail Mountain. For early adventurers recreating in the area, this lone Civilian Conservation Corps (CCC) trail was the only established trail, and even then only intermittently passable due to lack of maintenance. Bikers, horse-riders, and runners would instead had to rely on a patchwork of logging roads and overgrown CCC trails if they wished to make the trek from Blacktail to Herron, a route that was anything but straightforward.

Between 2005 and 2014, FTBT secured a permanent easement through the John Chase Forest and helped to increase the size of Herron Park from 120 to 440 acres, setting the stage for trail construction along the historic route.

FTBT wanted to create a defined trail through this route, and needed another easement to do so. Working with private landowners, that mission was accomplished in 2017. The easement stipulated that the trail should stick to the ridgeline in order to stay away from any logging operations. The result was construction of single track that has plenty of climbing in both directions! Going south from Herron Park, you gain around 5,000 feet over 18 miles; the return trip has around 1,800 feet of climbing.

Probably the most amazing aspect of Foy’s to Blacktail Trails (and most-all other trail organizations) is the fact that volunteers have been the driving force behind every land purchase, new trail constructed, and weed pulled in the system. Through time and donations, thousands of hands have pitched in along the way.

During those years of Herron Park expansion, 15 miles of stacked-loop trails were created: some steep, some family oriented, and some with horses or mountain bikers in mind. Having a diverse network to draw from, the Herron Half/10k/5k/1k (kids) running races were created in 2012. The event has grown each year, and the 2018 Half Marathon course featured parts of the Foy’s to Blacktail Trail just completed last year.

In less than 4 weeks, the inaugural FTBT Trail Marathon will run the entire length of the new trail. More than half of the climbing will occur in the first 6 miles up the Lakeside to Blacktail Trail, and the remaining 20 miles will be “upwardly trending downhill”. The race begins at the Lakeside to Blacktail Trail, travels 26 miles and around 5,100 feet of climbing, and ends at Herron Park.

Both the Herron Half and the FTBT Trail Marathon events benefit the nonprofit trail organization for maintenance, outreach, education, maps, and volunteer trail days. The 2018 marathon is being run by a suggested donation of $100, with hopes of growing the event in the future. And like all races, the volunteer base is really what makes the event happen!