This Saturday, February 22nd, Runner’s Edge will be holding the Run Up for Air 3h, 6h and 12h events on Mount Sentinel. We were able to catch up with Jeff Mogavero, the event coordinator to get some intel on how the Up For Air Series came about and made its way to Missoula. Please consider joining in, volunteering, or donating to the cause by contributing to the efforts of one of your favorite runners at the race website. All proceeds will help fund the non-profit, Climate Smart Missoula to support clean air in our community. If you can make it out to cheer, spectators can catch runners at the M trailhead parking lot between laps up Mount Sentinel from 6am to 6pm. 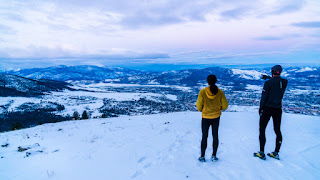 1) Tell us about yourself!
Originally from Havertown, Pennsylvania, I moved “out west” after earning a degree in Conservation Biology and spent three years living in a van working seasonal fisheries biology jobs. Time off between gigs was spent running in the mountains, deserts, and canyons of the intermountain west. Eventually I got tired of moving around and settled down (for the moment) in Missoula to try out life with a front door. You can find me working at Runner’s Edge, helping out at local races, and frolicking around on the trails surrounding town. When I’m not running, I’m probably river surfing in the Clark Fork, dancing in my kitchen, or finding some other way to make myself tired. 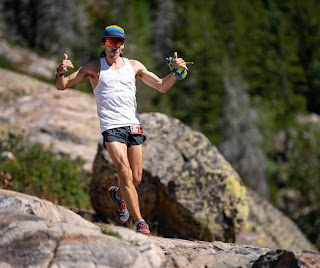 2) Tell us about the Up For Air Series: e.g. where did it originate, who started it and/or why?
Jared Campbell started Running Up For Air back in 2012 to raise awareness for Salt Lake City’s poor wintertime air quality. It was an informal event back then, but quickly grew into a permitted, official event. With more interest from other locations in recent years, Jared rebranded the event as the Up For Air Series. From the website:
“RUFA was born out of passion for the Wasatch Mountains, love of living in Salt Lake City, and desire for our families and friends to enjoy an improved quality of life. In the winters of 2012 through 2015, RUFA took place as an unofficial gathering of friends who quietly challenging themselves on Grandeur Peak. 2016 brought a new chapter for RUFA as we worked closely with local Forest Service members to create a formally permitted event that could be publicized for greater awareness. 2017 will have an increased participant count, both in the running event but also from outside viewers via local media outlets.” 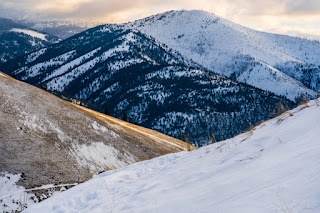 3) How did Runner’s Edge get involved in having an Up For Air Series event here in Missoula?
I moved to Missoula last winter and was immediately struck by how concerned the running community was for the impending smoke season. I have a distinct memory of running up the Pengelly Ridge Trail with my friend Nico, listening to him exclaiming his fear of summer wildfire smoke. I was familiar with Utah’s RUFA events, and realized then that Missoula would be a perfect fit for our very own RUFA event. I started working at Runner’s Edge a few months later and pitched the idea. The team at RE was super excited to get involved and support clean air in Missoula. With such passionate running and hiking communities that care so much about our air quality, people immediately hopped in to support the event.
4) What do the fundraising efforts contribute to and how did you choose the non-profit?
All of the money raised will go directly to Climate Smart Missoula. We chose Climate Smart Missoula as our beneficiary because they address air quality issues with both immediate solutions (giving vulnerable communities HEPA portable air cleaners) and long term solutions (addressing climate resiliency). Climate Smart matched the Up For Air Series’ goals of directing proceeds to carefully selected non-profit groups who demonstrate high value influence strategies. 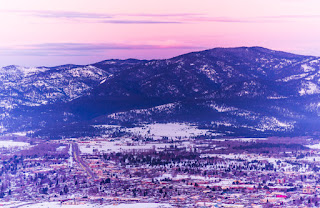 5) For people who aren’t familiar with this area, why is Missoula a target audience for air quality concerns?
Missoula is nestled against the mountains in a large valley. This makes for incredible access to trails and wild places. However, it also creates a basin that will trap airborne pollutants – both wildfire smoke in the summer and pollutants in the winter when occasional inversions prevent air from moving out of the valley.
6) What will race day entail for entrants?

Race day will be a wonderful day of people challenging themselves on Missoula’s favorite mountain! The 12hr starts at 6am, the 6hr at noon, and the 3hr at 3pm. Participants will attempt to summit the mountain as many times in each time category. Expect lots of snow, some ice, tasty food, and an awesome day with friends! 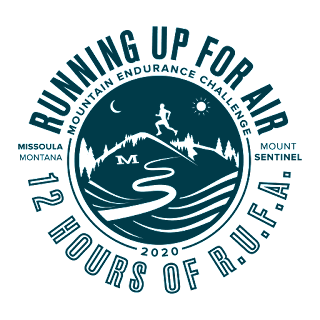